Born and Raised in Kenya. I was named after my grandmother who often advised “When the going gets tough, one has to become resilient like a dry stick”. I believe its each person’s fundamental right not be subjected to Bullying and Harassment then have to endure communicating with their oppressors against their will.

What are my interests?

Standing up for the weak and oppressed in the community. I believe everyone deserves to be treated with dignity and fairly. Live in peace and have access to the basics in life, which are food, water and Shelter.

I am a big fan of sports, I always look forward to World Championships, World Cup, Champions League and Olympics. I like the buzz and atmosphere sporting events create

I am an Arsenal Fan. I am open minded, I respect each football club, managers, players and fans, and without them no excitement will happen. I stay awake to watch Match of the Day on BBC, also watch live games on Sky and BT Sport.

“ In a real team, the instinct for individual self- promotion is realised through the pursuit of the team goal”

Successful and inspiring people I would like to meet

Just when I was about to give up on my dreams in Kenya, frustrated and disappointed with myself I started watching the Oprah Winfrey show, Oprah not only inspired me, she gave me the confidence to follow my dreams. As I watched Oprah Winfrey show I leant all people are special and have an important role in the society.

Because of The Oprah Winfrey’s inspirational shows I got the confidence to follow my dreams and achieve positive outcomes, not to allow anyone to tell me I am not good enough to achieve my dream goal. I started the Petition “I Say Yes To Change” because I care passionately about getting justice for all to improve services and support for vulnerable adults and the elderly, which is why I’m making my case public. The more we stand up and say that we will not accept this treatment, the more likely it is that we can truly make a change for a better, fairer society for all.  If you agree with me that the weak and defenceless in our society deserve our help and protection, then please join with me to campaign for a change in the law to support whistleblowers like myself.

Thank you Oprah Winfrey, for making a difference in my life and giving me the courage to stand up to and campaign for laws to be introduced to protect the society, those responsible for covering up malpractice, whether it be management, trade unions or anyone else, should be held accountable in a criminal court.

“I believe as well a leader can be a fantastic person who can influence other people’s lives in a positive way. Therefore he has great responsibility”.

Wow, I am running out of superlatives, Chelsea Football club and fans are privileged to have you as the manager. Handsome strategist not afraid to make change.

“ You have to keep trying to improve. Even if I win a title, I am very happy”

“Strategy is needed more and more, because as the game has grown and developed, so has the technology that is used, it has changed.”

A legend, resilient winner who taught his team to play football until the final minutes. My memory of you will always be the field and cows quote.

“Sometimes you look in a field and you see a cow and you think it’s a better cow than the one you’ve got in your own field. It’s a fact. Right? And it never really works out that way.”

“ Too many coaches teach technique when they should be teaching strategy”

I am a big fan of Venus and Serena.

Venus Williams rose from a tough childhood in Compton, Los Angeles, to become women’s tennis champions. Both are winners and have inspired many people including myself. Thank you for travelling to Africa to empower young girls. I was so happy to watch on TV some of the coaching clinics both of you took part in to create awareness for Tennis. I look forward to an African player in the future winning a grand slam.

Some of the World’s Great Leaders and Speech Quotes

Chancellor of Germany Angel Merkel “When it comes to human dignity, we cannot make compromises.”

Former South African President Nelson Mandela “For to be free is not merely to cast off one’s chains, but to live in a way that respects and enhances the freedom of others. The true test of our devotion to freedom is just beginning.”

British Prime Minister David Cameroon “If we are going to try to get across to the poorest people in the world that we care about their plight and we want them to join one world with the rest of us, we have got to make promises and keep promises”

Former British Prime Minister Sir Winston Churchill “However beautiful the strategy, you should occasionally look at the results. Never, never, never give up. If you’re going through hell, keep going.”

New Leader for the future

Current First Minister of Scotland Nicola Ferguson Sturgeon and the Leader of the Scottish National Party.

When I first watched First Prime Minister of Scotland Nicola Ferguson Sturgeon give her first speech pledging to fight inequality for a fairer, more prosperous Scotland. I was left speechless, the passion in her voice cannot be faulted. Scotland have a new roaring lioness, committed and determined. Prime Minister David Cameroon you have a challenge ahead of you good luck. First Minister of Scotland Nicola Ferguson Sturgeon said “We won’t just serve Scotland’s interests – though we will most certainly do that, but we will seek do more than that – we will also seek to play our part in bringing about positive, long-lasting and progressive change right across the UK.

During my free time I write to pass time, currently writing a science fiction novel called “The Little Things”. I was inspired by J.K. Rowling Successful author Harry Potter Books and movies. My amateur freelance writing novel book is different from Harry Potter. It’s just a hobby to pass time. 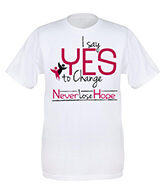 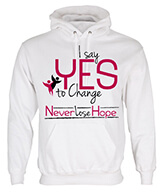 If you agree with me that the weak and defenceless in our society deserve our help and protection, then please join with me to campaign for a change in the law.
The more we stand up and say that we will not accept this treatment, the more likely it is that we can truly make a change for a better, fairer society for all.